The medical sphere continues to progress at a rapid pace with more and more new drugs entering the market. With the better understanding of erectile dysfunction by the professionals, men that are currently suffering from this condition can gain access to a variety of treatment methods that help them overcome the issue. After researching this topic, the experts of Canadian Health&Care Mall are now ready to inform you about the latest advances when it comes to the treatment of ED. 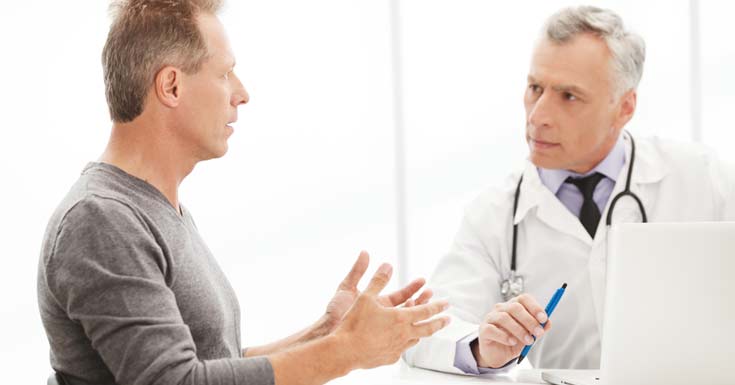 There is no doubt that the most well-known and widely used medications for the treatment of ED are Viagra, Cialis, and Levitra. These drugs, belonging to the group of PDE5 inhibitors, work by relaxing the smooth muscle of the penis in men with ED, thus ensuring a proper supply of blood to the area during the arousal stage. The popularity of these medications is nothing surprising as they work fast, are safe, and can be consumed for a long time. Before the discovery of Sildenafil Citrate, which is an active ingredient of Viagra, there have been no pills that could treat erectile dysfunction, and the only options men had included dangerous surgeries or ineffective tools, such as penis pumps.

While these drugs are considered the holy grail of modern erectile dysfunction treatment, scientists do not stop and continue to develop other formulas and discovering other ED solutions that could be just as effective or even more effective than the previously mentioned ones.

Alprostadil injections and suppositories – are they worth it?

Available under various brand names, alprostadil is a medicine that can be purchased in two forms – as an injection or a suppository. The alprostadil solution (sold under the names Prostin VR, Edex, or Caverject) should be injected directly into the penis, and if a patient chooses to use a suppository (available under the name MUSE), it should be placed at the tip of the penis right at the opening. The goal of this treatment is to boost the blood flow in the body by making the blood vessels expand. According to the statistics, the injections cause erections in about 80% of men suffering from erectile dysfunction of different severity. When it comes to the suppository, it is significantly less effective and causes erections in about 40% of male patients.

While alprostadil injections are certainly effective, the problem is that the majority of men would much rather take a pill than resort to the injections, even though the latter has fewer chances of causing side effects when done correctly. Canadian Health&Care Mall experts recommend consulting a medical specialist before deciding to use any new drugs or other ED treatments, as you have to be confident that they are safe for you.

Another medication that should be mentioned is apomorphine, which is available in the pills that should be taken sublingually i.e. dissolved under the tongue. The way apomorphine works is by triggering the release of chemicals in the brain that are responsible for the ability to achieve and maintain erections, such as dopamine. This stimulating effect on dopamine increases sexual desire and leads to stronger sensations during sex. Apomorphine also boosts the levels of nitric oxide, thus leading to the expansion of the blood vessels and better supply of blood to the genitals.

At the moment, the medication is available in Europe but has not yet been approved for the use in the United States as more extensive clinical trials are required to prove the safety of the medication.

Gene therapy is something that continues to draw the attention of scientists and we can definitely expect more advances in the future using this method. When it comes to the treatment of erectile dysfunction, animal models have shown an improvement in the ability to achieve erections using the gene therapy. The way it works is by replacing the malfunctioning genes in the penile tissue that produce proteins or products in men with erectile problems. Gene therapy is definitely the type of treatment that has a long way to go before it could be fully accepted and properly regulated.

Topical treatment – another alternative to pills

When we talk about topical solutions for the treatment of ED, the one that seems to get the most attention these days is Topiglan, which works thanks to alprostadil and soft enhancer of percutaneous absorption. According to the research conducted on both cats and humans, this topical treatment is effective at inducing erections and has minimal adverse effects. At the same time, it should be mentioned that better results can be achieved when using the topical treatment in combination with ED drugs. Currently, the topical treatment has been approved for use in Canada.

The future of ED treatment is promising

With the improvement of technologies, we can expect more new developments for the treatment of the erectile issues. When it comes to the current situation, Canadian Health&Сare Mall www.canadian-healthcare.com experts came to a conclusion that in the majority of cases it’s still early to start experimenting with new ED medications and it’s much safer to stick to the ones that have been thoroughly tested and deliver the needed effect. The proven medications, such as Viagra and other PDE5 inhibitors, work for the majority of men suffering from physical erectile dysfunction and are safe when taken in accordance with the safety requirements.