Canada didn’t manage to make it through to the list of top 20 countries with the most effective healthcare systems according to the WHO, and few industry professionals advocating socialized medicine. According to Jonathan Cohn, ‘no one in the United States is serious about considering adaptation of British and/or Canadian healthcare systems, and partially due to no reasonability in introducing waiting lists, a very controversial aspect lies in the foundation of such systems’. However, since the abroad press is positive about the ‘model’ of such healthcare systems, let’s outline its dignities and focus on its peculiar features.

Although the Canadian Health&Care system is oftentimes named as ‘national’, in fact, it is quite decentralized: the responsibilities largely lie on shoulders of the local provinces and territories. The system, just like American Medicaid, is funded by regional and federal budgets. To access the means of the federal budget, the provincial health programs must comply with five vital criteria; so they should be:

Federal funding of healthcare system is carried out through general tax revenues. The federal government provides its territory or province with an even amount, approximately 16% of its health spending. The largest share of financing comes with regional taxes, mainly from income individuals and legal entities. However, the province is not limited in attracting funds and other sources can be used and therefore sales tax money and lotteries revenues may be included. Furthermore, in some regions, e.g. British Columbia and Ontario, small contributions are collected from citizens, even though an inability to cover the expenses is not a reason for refusal in medical treatment. The health care system is, definitely, one of the most crucial components of Canada’s welfare. At the regional scale, it accounts for around 30% of public expenditure.

The provinces are obliged to provide the citizens with various medical care services (physicians, specialists, hospital care, etc.). A range of services, such as dental care, physical therapy or pharmaceuticals treatment is largely paid out-of-pocket. In some provinces, a significant coverage is provided, in others – only partial. Except the cases of emergency, to visit a specialist or a hospital the patient must have a referral from a therapist.

Payment service providers are determined at the regional level and therefore in some regions the incomes of doctors are capped. Typically, however, compensation is performed on a fee-per-service basis. Hospitals receive the predetermined amounts and they have to provide coverage of all the expenditures, excepting the costs of fixed assets (this category requires specific approval granted individually).

More and more Canadians also have medical policies purchased from private insurance companies – they are often provided by the employer. Originally intended for such insurance coverage of the few types of medical services that are not covered by the national system. At the time, the provincial government banned private companies to insure any services and procedures, which are covered by government programs. However, in 2005 the Supreme Court annulled in force in Quebec ban on contracts with private insurance companies. Today, in several provinces are proceedings on claims relating to the resolution of such contracts.

Apart from public hospitals the there’s a wide network of private clinics providing specialized services. Despite the fact that providing the citizens with certain types services, primarily those covered by the Law on Health Care in Canada, there’s even a small black market share in the industry. The most crucial advantage of a private clinic is the speed of getting the necessary service (several times faster than in the public ones). For example, you will have to wait for months to undergo magnetic resonance imaging, while in a private clinic this procedure can be initiated within weeks or even days. 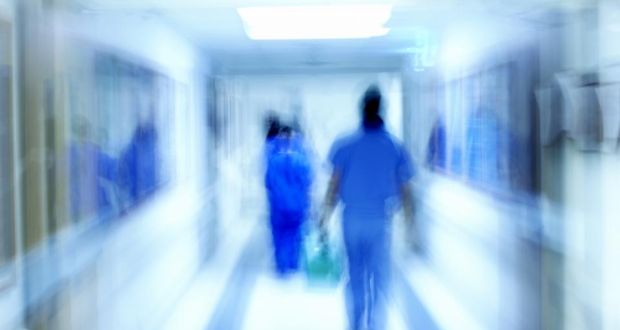 In general, waiting lists is one of the most controversial and problem aspects of Canadian healthcare. There’s a bunch of official statistics one can access, but judging by the reports of the provincial health authorities, the waiting lists ranging from several weeks to several months are still the reality. The most reliable information, you can probably get is the Canadian physicians survey, conducted by the Fraser Institute: they suggest that at any point of time around 800,000 Canadians are waiting for their turn (currently, the number is estimated at 849,950). In accordance with Fraser Institute data as for 2014, waiting for your turn to get to a general practitioner takes an average of 8.5 weeks (130% longer in comparison with 1990).

Supporters of state medicine are considering the ‘waiting lists’ issue as a problem of not universal importance, claiming that in reality these terms are shorter, or that the majority of people caught up in the queues are those who signed up for the planned operations. However, the analysis of the situation in those kinds of care, where waiting lists are particularly large, shows that the longest time patients have to wait replacement operations knee and hip, as well as cataract, which, perhaps, can be called routine. However, in the areas of medicine where deadlines can seriously affect the health of the patient, for example, in neurosurgery, people have to wait for their turn for too much time. But in these cases, the delay in the literal sense can be lethal. According to the study published in the Canadian Medical Association Journal, only in Ontario for at least 50 patients died while on a ‘waiting list’ for cardiac catheterization.

Pursuant to the study conducted by the Canadian Bureau of Statistics and the US National Center for Health Statistics, ‘33% of those Canadians whose health care needs in, according to them, were not fully satisfied, indicated that pain they live with interferes with their daily activities’. The decision on cancellation of certain provisions of the law of Quebec on medical care has found attention of the Chief Justice of Canada Beverley McLoughlin: ‘the indisputable fact is that many people waiting for treatment are constantly in pain, and some patients die while on waiting list’.